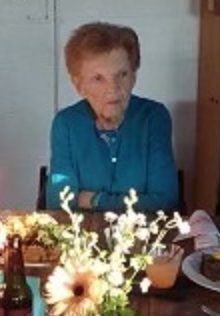 On Thursday September 24, 2020 Ann Salisbury Harrison passed away at the age of 87.

Ann was born July 3, 1933 in Providence, Rhode Island.  She spent her early years in catholic schools where stories of her antics are still being told. She later received her undergraduate degree from the University of Rhode Island in 1955 and ultimately a master’s and PhD in Education from Old Dominion University. She was married in 1957 and raised three daughters in Virginia Beach, VA.  Ann spent 45 years working in the Virginia Beach City Public School System first as teacher then as a counselor and even co-authored a book based on her experiences offering advice to others beginning careers in education.

Guh led a full and wonderful life centered around her family. She was an amazing mother and even a better grandmother. Her house was always open to friends, daughters’ boyfriends, friends of kids and friends of grandkids.  All were welcome with no judgement. She led holiday vacations for the family to the Bahamas, Cancun and the Outer Banks.  Vacations included lots of laughs, jewelry shopping, entertaining dinners and indelible memories for all. Ann even lead a family effort to get Grateful Dead tattoos in honor of her sick grandson Taylor.

Ann was preceded in death by her parents Lloyd and Julia Salisbury along with her brother Lloyd Salisbury. She was also preceded in death by her fist grandson Taylor Harrison Roberts who gave her the name “Guh”.  She is survived by her three daughters Sue Crepeau (Paul), Cathy Roberts (Byron) and Donna Worrell (Mike).  Ann is also survived by 6 grandkids Adam (Laura), Bryce, Casey (Austin), Chandler, Allen (Tiffany), Kayleigh and 3 great grandkids.

There will be a small private family service on the water to share laughs and remembrances of Guh.  In lieu of flowers memorial donations can be made in Ann’s name to VCU Massey Cancer Center Box 843042, Richmond, VA 23284 or donate at their online donation page.