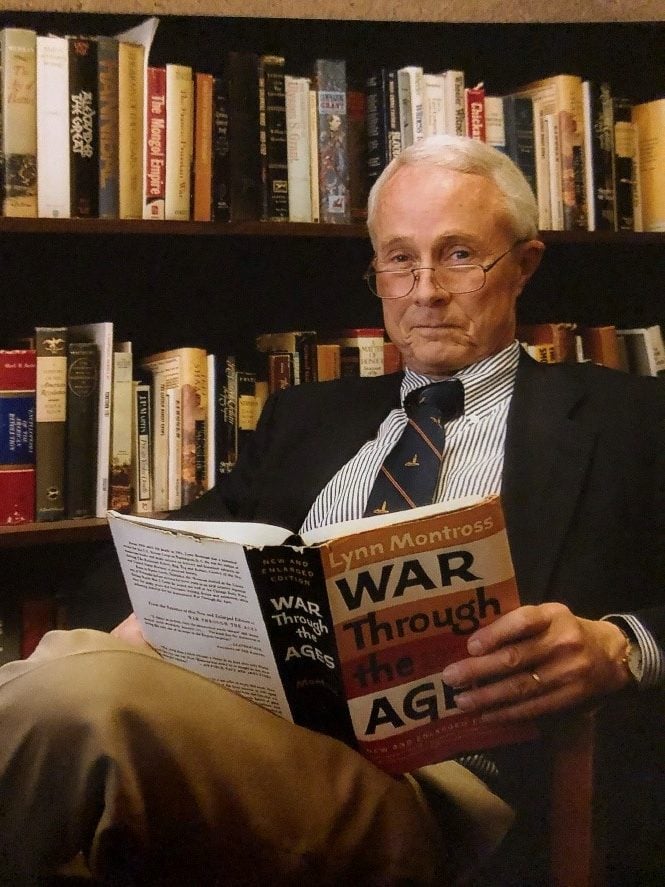 Vardell was born in Fort Jackson, SC in 1943 to Vardell and Annie Laurie Nesmith.  He graduated from high school in Myrtle Beach, SC where, in 1961, he was the state champion in the mile.  Upon graduation he enlisted into the Army in 1961 and then was quickly awarded a spot at West Point into the class of 1966.  It was at West Point where he met his future wife of 53 years, Catherine Chamberlain, who was pursuing her nursing degree.  After graduation and commissioning, Vardell attended Airborne and Ranger School.   Before his first tour to Vietnam as an infantry platoon leader, Catherine and Vardell were married in 1967.  By 1975 Vardell had completed two tours in Vietnam, finishing as an Infantry Company Commander, had three children, Vardell III, Catherine and Douglas and completed his PhD at Duke University.  His bravery and valor is noted in the many awards and commendations he had earned in Vietnam.

Vardell’s military career included battalion command at Ft. Dix, NJ, professor at West Point, Senior Service College Fellow at Stanford, Executive Program for Senior Officials in National Security at Harvard University and Chief of Allied Staff Berlin, Germany from 1987 to 1991 where he oversaw the fall of the Berlin Wall.  In 1993 he retired from military service as a Colonel and re-engaged in his life-long passion of teaching.  As a professor at the Joint Forces Staff College, where he became known as “Doc”, Vardell taught thousands of senior military and civilian professionals.  As featured in the Daily Press, Vardell became a recognized expert in the Battle of Gettysburg.  His staff rides to the battlefields became a much sought after experience for his students.

Vardell was kind, patient and thoughtful.  A wonderful husband, father, brother, son, friend, warrior and scholar.  He was as skilled with his hands as he was with his mind.  He hand carved a Civil War chess set, taught himself how to do stained glass works of art, was an accomplished painter, could sculpt anything out of metal and was a published author.  His legacy stands firm as a man of character and honor.  A man who would sacrifice anything for his family and country.  He will be missed but never forgotten.

His celebration of life is scheduled for Saturday, August 1, 2020, 11:00 AM at the East Beach Club House in Norfolk, VA.

Funeral service will be held at the United States Military Academy at a date yet to be determined.  In lieu of flowers, donations can be made to the Catherine Nesmith Perez Memorial Scholarship at the College of William and Mary.

A very sad day indeed. I served under the Col at Allied Staff Berlin in 1988-1989. He was a tremendous influence on my life and I have to credit him with taking a young headstrong soldier and making him a man. The world has lost a great leader.

July 13, 2020
Cathy, Dana and I are so saddened by this news. Vardell was a true example of the Southern gentleman. I have so many fond memories of our time together at the school. I shall cherish those memories always. Our prayers are with you and the family.

Cathy, Helen and I were saddened to hear of Vardell’s passing. Certainly one of the highlights of my career was the honor and privilege of teaching with Vardell at the Armed Forces Staff College. His professionalism and knowledge was unsurpassed. I will always remember Vardell for his dry sense of humor that would always appear unexpectedly. It has been 25 years since I retired but even today I can’t reconnect with my former AFSC colleagues without sharing Vardell stories. To say he was a one in a billion is an understatement. PS: His beloved Alfa is being lovingly restored by… Read more »

Doc and I worked together at JFSC. He was a natural professor – erudite, compassionate, and always willing to listen to other opinions. His three day tour to Gettysburg was not to be missed! He was a gracious host and exemplary colleague. His influence on officers who passed through his seminars will be long felt. I will miss him.

I first met “Doc” Vardell Nesmith at the JFSC in 1999 as a student. I went on his staff ride, never thinking I might get to see him again, much less work with him as a colleague and friend. I got to occupy the office next to Vardell, and will always be grateful for his advice, counsel, and friendship. I miss him still. God Bless you to the family.

Vardell and I were staff officers in the First Cavalry Division, ~ 1980 – 1983, at Fort Hood, Texas.
I remember him fondly. His fellow combat veterans of the US Army mourn his death.