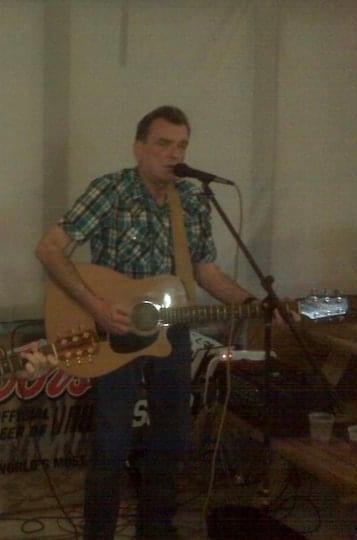 Virginia Beach- David Lee Davis or Dave as he was affectionately known by his friends’ loved ones, made his transition to heaven on December 11th 2022. He was born in Cincinnati Ohio October 28th, 1951. When he was a child the family moved to Sierra Vista, AZ. When he grew up he spent time living in Las Vegas Nevada working in Casino’s. Dave or Arizona Dave was also an avid musician who loved to sing and play guitar. He played open mic nights at The Abbey Road pub in Virginia Beach and other venues. When he was 16 his band almost got to open for the Jimi Hendrix Experience. One of his favorite gigs he played was a week stint he had at the Flora-Bama Lounge. Dave was a loving friend, brother, and father. A man who was thoughtful and would do anything in his power to help the ones he loved. He is preceded in death by his mother Joyce Davis and father John Davis. He is survived by his son’s Travis and Dustin, Brother Larry Davis, and Grandson Grayson Davis. Travis and Dustin will be having a service after the Holidays for Dave to celebrate his life. Feel free to contact Travis for details 757-435-1761.

Rest in peace Dave. You will be missed by all. Play that guitar in heaven and definitely make some of that awesome food you used to cook!! You were a great coworker for years. Thank you for all the help and knowledge you shared with me when I knew nothing about the business.

So sorry for your loss.