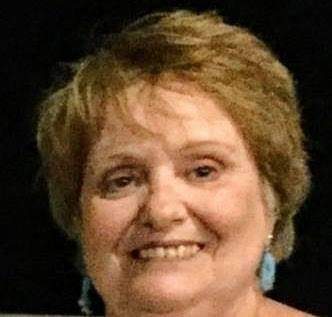 Deborah was born at Mary View Hospital in Portsmouth, Virginia to Etta Burns Foreman and Matthew Oliver Foreman. She is survived by her son Wesley Tilghman, stepson Gary Tilghman, her twin sister Rebekah Foreman, her sister Brenda (Daniel) Parker of Norfolk, her brothers Mathew and William Foreman of Virginia Beach, sister-in-law’s Ellen Foreman of Canton, Georgia, her sister by choice Joyce Robey, Nancy T. Singleton of Keene North Carolina, Susan (Steve) Hawthorne of Lafayette, Indiana, as well as countless nieces and nephews who she greatly treasured. She is pre-deceased by her loving husband of 36 years T. Clyde Tilghman III, or better known as Bubba, her brother Everett Foreman, and sister-in-law’s Charlene Foreman and Barbara T. Saunders.

Growing up Debbie and her twin, Beckie, were inseparable. They grew up in Bayview with 3 older brothers, a little sister, Brenda, who was born when Debbie was 11 and the best parents anyone could ask for. Debbie loved the water and many days from summer breaks from school were spent at Lueter’s Beach. She was always so full of life and so much fun, yet, was a force to be reckoned with. This was never more apparent than when she was behind the wheel of her Gran Torino she labeled the “Green Hornet”. When she met Bubba her whole world changed. She had found her soul mate and they were wed. Shortly after, when their son Wesley was born, they moved into Bubba’s family home and the proceeding years marked some of the happiest of her life.

Since childhood, Debbie attended the former First Church of God-Anderson. She was very active in the church and served on various committees and boards. She played in the Handbell Choir, something that was dear to her heart. When she was at home, she would be watching her Atlanta Braves to which she was a die-hard fan. Some would arguably call her obsessed.

She loved to ride her jet ski, make jewelry, crochet, and do crafts in which her latest venture was making wreaths. She was infatuated with Elvis Presley, and had every album and movie he ever made! But the one thing that brought her the most pleasure and happiness was listening to her son, Wesley, perform. He was her pride and joy.

The 4’11” woman we knew as Debbie was a little firecracker. The kindness, compassion, and gentleness she exhibited could only be described as magnificent. Debbie was a loving wife for 36 years, a mother, a sister, and a friend to so many. She would always lend a hand or an ear to listen. Debbie possessed a warm smile and contagious laugh that she never lost, even in the darkest of times. She was loved so much by so many and will be greatly missed. Till we meet again-we will all love you forever.

Debbie was a blast to hang out with when she was out watching her son Wisely play. What a sweet woman. You will be missed. Hug Belinda for me.I’m sure her and Bubba are dancing in the sky

God Speed Sweet Debbie. I will miss you. You had such a big Heart. I am so sad you have left us way to soon. Rest with Bubba now in Heavenly Peace. With Love, Mary Sarkis Hughes. ♥️

Debbie was a lovely lady and a good friend, she is now with Bubba in heaven, may you rest in peace and love !!

Debbie, you will always remain my friend and the wonderful wife to Bubba and the bestest mother to Wesley. I am so happy that Wesley and Robbie were best buds. Rejoice in being with Bubba and till we meet again…..

Sorry to hear about Debbie, I remember Debbie as a Fan of Elvis, Rest in Peace.