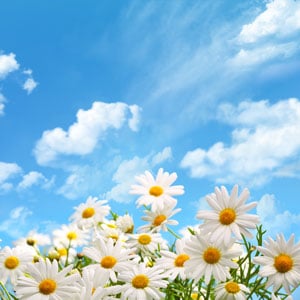 In 2012, Earlene was predeceased by her husband of 63 years, Colonel (Ret.) Posie Lee Starkey, U.S. Army. She is survived by daughter Leigh S. Harkreader (Dennis) of Upper St. Clair, Pa., and son Patrick C. Starkey (Kathy) of Fairfax as well as two sisters: Martha K. Shelhoss of Towson, Md., and Marilyn K. Elliott of Salem. She also leaves behind three grandchildren, six great grandchildren, eight nieces and nephews including Greg and Alice Starkey of Virginia Beach, with whom she was very close.

Earlene was born Sept. 9, 1925, the middle daughter of Edward Earl and Martha Kimmerling in Roanoke. She graduated from Andrew Lewis High School in Salem and Longwood College in Farmville with a degree in chemistry before attending Katharine Gibbs Secretarial School in New York. She also obtained a master’s degree in counseling from the University of Wisconsin. Earlene married Posie Lee Starkey, a career Army officer, resulting in 36 moves throughout his Army career.

Earlene enjoyed golfing and playing bridge. She was well-known for her distinctive laugh and for long-held personality quirks such as an insistence in avoiding “long goodbyes”—for all this and more, she will be missed.

A private memorial is planned before her remains are buried with her husband at Albert Horton Veteran’s Cemetery in Suffolk. In lieu of flowers, well-wishers are encouraged to donate to the Freda H. Gordon Hospice and Palliative Care of Tidewater.

Cremation & Funeral Services of Tidewater is assisting her family. Online condolences may be expressed at candfservices.com.

Thinking of you in this time in the loss of your mother.
Know that my prayers will be with you all. Moms are special.
My deepest sympathy.

I met Mrs. Starkey when I worked for Mr. Starkey at Virginia Natural Gas. My husband and I enjoyed visits with them through the years. WE have many good memories of her lovely hospitality. We send our condolences!