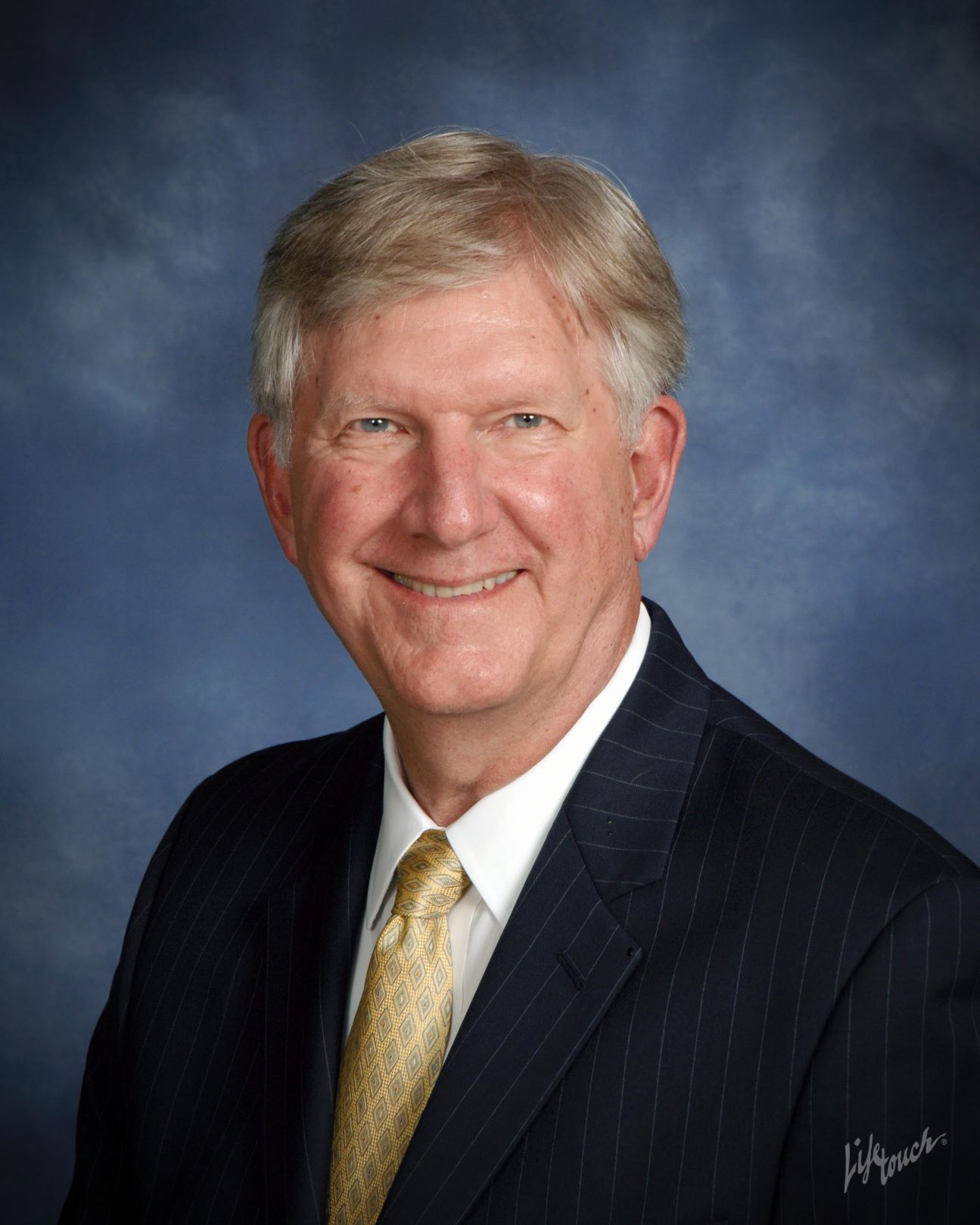 Jim grew up in Charlotte, NC and graduated from Garinger High School. An exceptional athlete, he attended Virginia Tech on a four-year football scholarship where the team had some stellar seasons, winning the Harvest Bowl in 1965 and playing in the Liberty Bowl in 1966. He won the Montieth Award for Military, Scholastic and Athletic Achievement, was named to Who’s Who in American Colleges and graduated with a B.S in Civil and Environmental Engineering in 1969 as a Distinguished Military Graduate.

Jim began training with the New York Jets in 1968. He played defensive safety for two years that included playing against the Oakland Raiders in the AFL Championship game and then the Baltimore Colts as the Jets, led By Joe Namath, won Super Bowl III. Playing on special teams, he made the first tackle on the opening kickoff.

Jim’s football career was curtailed by a call from the U.S. Army – as a former member of the Corps of Cadets, he had to fulfill his two-year commitment. He served with the U. S. Army Corps of Engineers at Fort Belvoir and later at Camp Humphreys in Korea where he was platoon leader and executive company officer in the Construction Battalion. Afterwards, he returned to Virginia Tech to work on a master’s degree in civil engineering.

After completing his M.S. in 1973, he worked his way through various firms until he became the Vice President of C.E. Maguire. He purchased the firm’s Virginia operations in 1990. In 1996 he partnered with Michael Baker Corporation serving as executive vice president overseeing operations in 12 states. He spent the last years before retirement with HSMM and AECOM. He was especially proud of his role as the Engineer of Record for the Lake Gaston Water Supply Pipeline – a 76 mile, 15-year project that facilitated the growth and development of Virginia Beach. A leader in the water industry, in 1995 he was recognized by the Virginia Section of the American Water Works Association with the distinguished Fuller Award and in 2002 was inducted into the Virginia Tech Civil and Environmental Engineering Academy of Distinguished Alumni.

After retirement, Jim and Linda divided their time between Virginia Beach and Blacksburg. Generous in his service to Virginia Tech, he served on the Civil and Environmental Engineering Alumni Board, the university’s Continuing Education Committee and the College of Engineering ‘s Committee of 100. Active with Hokie Athletics, he loved living in Blacksburg during football season, tailgating before games with fellow Hokies. Jim was a member of First Presbyterian Church where he served as an Elder and attended the Men’s Tuesday Morning Bible Study. An avid golfer, he enjoyed playing with the Senior Men and served on the Board of the Cavalier Golf and Yacht Club.

Jim is survived by his wife of 26 years, Linda Champion-Richards. He is also survived by his two sisters, Cora Richards of Charlotte, NC and Susan Richards of Atlanta, Ga.; his children Mark Richards and his wife Laura of Charlotte NC, Christina Tidaback and her husband Bruce of Clearwater Fl., their mother Barbara Richards Sayrer and her husband Quentin of Charlotte, NC; and Jason Champion and his wife Rachael of Virginia Beach. He loved being “Pawpaw” to his grandchildren Taylor and Justin Tidaback; Avery and Ella Richards; and Tessa Champion. He will be deeply missed by his friends and family.

Linda, please accept our condolences for you and your family for your loss. Jim and I worked together many years ago on various engineering projects in this area. He was kind, considerate, a true gentleman, and a darn good engineer. He was a great leader, having the ability to solve both people problems and engineering problems equally. Rachel sends her sympathy also.

I bleed green this guy sounds like he was a true gentlemen condolonces
Go jets!!!!
Sorry for your loss
What life he led
The family should be proud

Jim was both a neighbor and colleague, and a family man of humor and grace. My sincerest sympathies to Linda and the family on their loss. I will miss seeing and chatting with him on his walks around the neighborhood..

Jim was a colleague from grad school. VT and Jim’s alum friends have lost a true Hokie! Deepest sympathies to Linda and his family. May you find peace in knowing Jim was a blessing to many.

Jim was a true friend and gentleman. I will miss him greatly.

I had the pleasure of working with Jim on a DC Water Project. He was a wonderful man, a true professional and a joy to work with. He will be missed. Richards family you have our sincere condolences.

Richards Family – We are sufering with your and our loss. Jimmy was a teammate, Friend, and ever-positive and loyal man-of-his word to all. May you find Peace in his passing and Forever Joy in your hearts that he was part of your and our lives.

Our deepest sympathy and thoughts from the Cavalier Golf & Yacht Club. He will be greatly missed.

Deepest condolences to all of Jimmy’s family. Was a classmate at Garinger HS long ago.