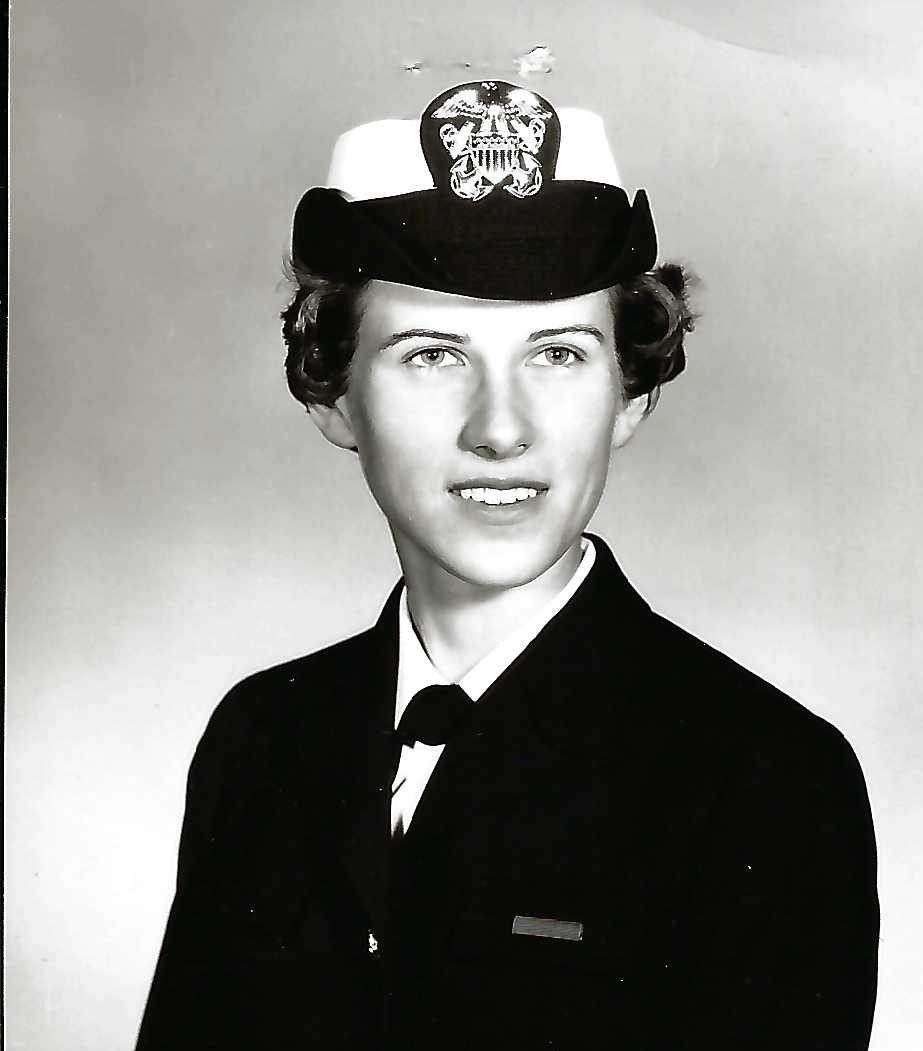 Norfolk- Jean Alice Szymanski was born on October 28, 1940 in Pittsfield, Massachusetts, the only child to Ruth S. and William M.  Szymanski.  Jean graduated from Pittsfield High School with a straight-A average.  Jean’s sense of humor started early.  Her life goal in her High School Yearbook was “Not to go to France until they all speak English.”  As a youth Jean always aspired to join the Navy and did so just as soon as she was eligible at age 18 in 1958.  She received her recruit training at the Naval Training Center in Bainbridge, MD and attended aviation electronics training as a WAVE at the Naval Air Station in Memphis, TN.

In 1960 Jean was one of two women selected out of 2,200 applicants for the Navy Enlisted Scientific Education Program, a full four year college scholarship and subsistence allowance leading to a Navy commission.  She attended Cornell University, was in the Navy ROTC, and graduated in 1965 with both a BS and MS degree in electrical engineering.  She was one of the first women engineers graduated from Cornell.  Because of these impressive accomplishments, Jean was featured in Mademoiselle’s 1962 Merit Awards edition honoring remarkable young women.

After Cornell, Jean entered the US Naval Women Officer Candidate School and graduated second in her class of fifteen women.  Jean received the rank of Lieutenant JG in 1966 and Lieutenant in 1968.  Jean was immensely proud of her Navy service.   Jean earned her YMCA Scuba Diver license in 1966, her private pilot license (single engine) in 1969, and her USCG captain’s license in 1971.

From 1967 to 1982, Jean was married to Commander William (Bill) J. Rigney.  When they met, Bill had been recently widowed with four young children.  They kept their marriage a secret from the Navy for a time, but in 1969 Jean resigned her commission because the marriage and children violated the navy personnel regulations of that era.   Soon after, the family was reassigned to Norfolk, Virginia where Jean became a civilian employee of the Navy as an engineer in radar and sonar development.

After retiring in 1994 Jean enjoyed many years of travelling to exotic places, snow skiing, sailboat racing, cooking at home and dining out with friends.  She was active in the National Organization for Women and volunteered with Habitat for Humanity.   In 2018 she was diagnosed with advanced esophageal cancer which progressed very rapidly.   Her friends and family will dearly miss her.

Arrangements are being handled by Cremation & Funeral Services of Tidewater.  There are no plans for a memorial service at this time.

Online condolences may be expressed at candfservices.com.

I am so sorry to learn of Jean’s passing. She was a genuinely kind, honest, & compassionate woman with unique intellect & wit. She was a good friend. I will remember her warmly & always with a smile.

Jean. I enjoyed our time discussing NAVSEA and the numerous times spent at get togethers. Anchors awaigh. Its 17:00 somewhere.

Jean, you were a brilliant woman. I knew you for many years and enjoyed some of those travels with you, but I never knew you could fly a plane and had your USCG license. A remarkable woman. Sail on, my friend.

Jean, you were a brilliant woman. I knew you for many years and did some of that traveling with you, but I never knew you had a pilots license or a USCG captain’s license. I’m so glad I was able to visit with you last month. Sail on, my friend.

Jean it was great to know you. You were such a trailblazer in your day, and so immensely talented. May you rest in peace.