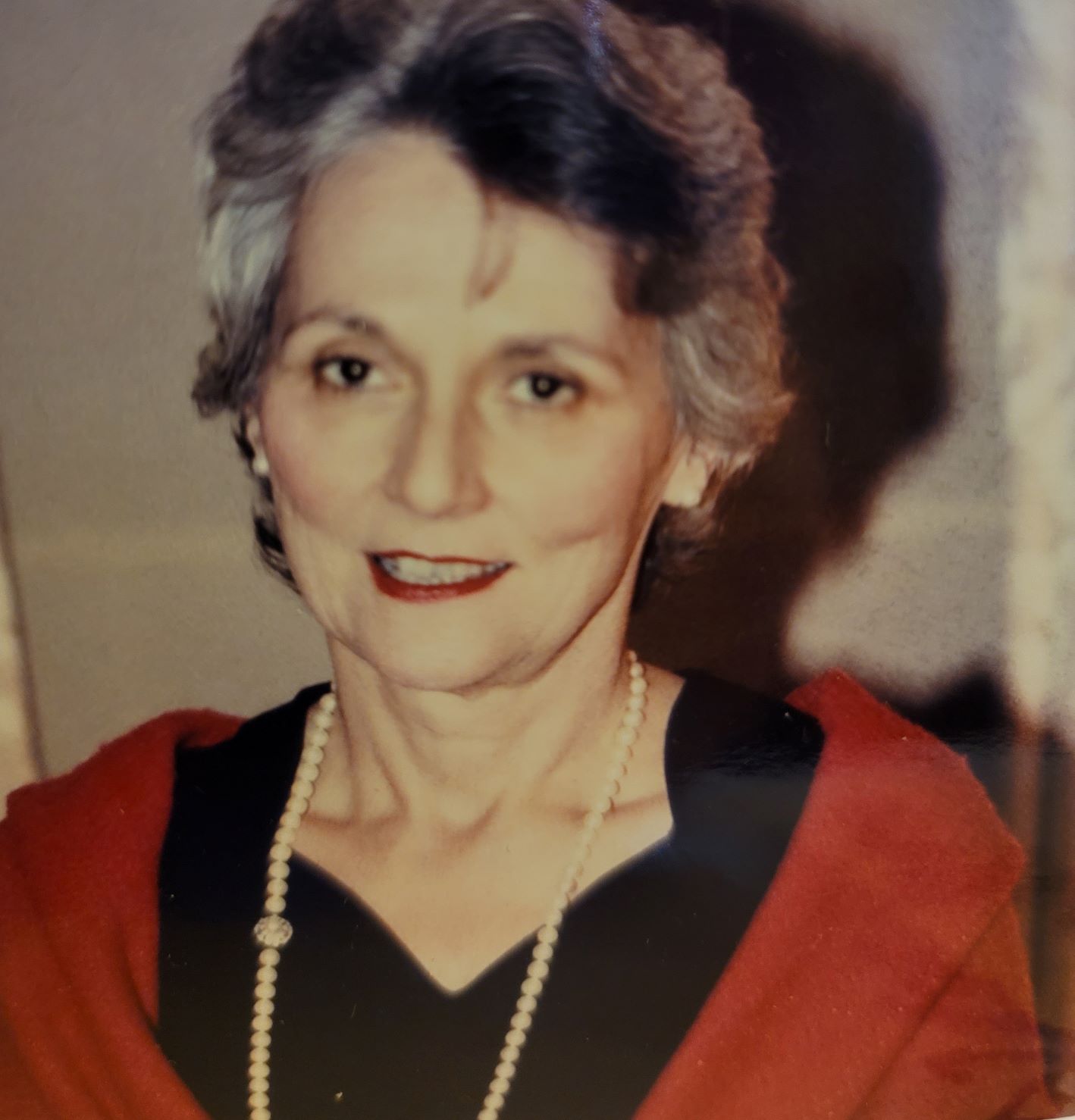 Our cherished mother and grandmother, Jennette Shiver Moore Heyder Franklin, passed away in Norfolk, Virginia, on May 22, 2022.

Born on August 8, 1932, she grew up in Sylva, North Carolina, where her mother, Susan Ella Walker Moore, was manager of the local Western Union office and her father, James Drewery Moore, Sr., owned a dry cleaner’s. She spent her childhood days climbing the mountains around her home with her best friend Jackie, armed with nothing but a sandwich and an apple in a paper sack.  As a teen, she took flying lessons at a tiny airport at the top of a mountain in Jackson County.  She loved nature and passed on the love of the outdoors to her children.

Jennette received her high-school education from Wingate Junior College, where she played for the women’s basketball team and was crowned the Wingate Queen of 1949. She attended Wake Forest College and earned a Bachelor of Arts in 1953. Jennette received her teaching certificate from the state of North Carolina for high school biology and social studies that same year. She later obtained a Masters in Social Work from the University of North Carolina at Chapel Hill (UNC) in 1956. She remained a proud alumna and avid UNC basketball fan all her life. After completing internships with the Cabarrus County Department of Public Welfare in Concord, North Carolina, and the Family Court of New Castle County in Wilmington, Delaware, Jennette became a Licensed Clinical Social Worker.

She married her first husband, Dr. Dietrich Walter Heyder, in 1956, and they had four children, Clara Jennette, Ella Gertrud, Dr. Albrecht Mark Heyder (Josephine) and Dietrich Walter, Jr.  Her nephew, Andrew Marshall Verner (Susan), joined our family when he was 17.  She married her second husband Joseph Emmett ‘Bud’ Franklin, Jr. in 1982 and became a stepmother to Joseph Earl and Daniel Wayne.  She loved all her children immensely and kept in touch with her large and far-flung family by hosting family reunions.

Jennette was actively engaged in politics and encouraged everyone she met to vote. While raising her children, she was a prominent member of The League of Women Voters for Norfolk and later, The League of Voters of South Hampton Roads; she was on the board in various capacities and served as President in the early 1970s. As President, she and other League of Women Voters members were influential in preserving the Dismal Swamp. The Virginia Democratic party asked Jennette to run for the Virginia House of Delegates but she had to decline the candidacy due to her first husband’s lack of support. Locally, she served on many other boards, including the Florence Crittenton Home for Unwed Mothers, Norfolk Yacht and Country Club, and Norfolk Community Services Board.  As her friend and former city attorney Marty Rollins said, “Jennette set an example for me and many others.”

Jennette traveled extensively and loved learning about foreign cultures; she shared this love with her children and grandchildren and took them with her across the United States and over the world.  Her dinner table was often crowded with people from all parts of the world and she hosted many visitors through NATO and Old Dominion University.

A memorial service will be held at the First Lutheran Church, Norfolk, Virginia, in September. Condolences and memorial contributions to the League of Women Voters of South Hampton Roads are welcomed at Cremation and Funeral Services of Tidewater.

Such sad news of the passing of this strong sweet woman. She’ll be missed.

Jennette was one of the first to welcome me to LWVSHR’s breakfast meeting. I always enjoyed talking with her and looked forward to seeing her. She will be missed.

Jennette was such a remarkable woman and friend. She taught me well. I have such great memories since childhood. May God’s peace and love be recognized during the days to follow. With love, Jo (dy)