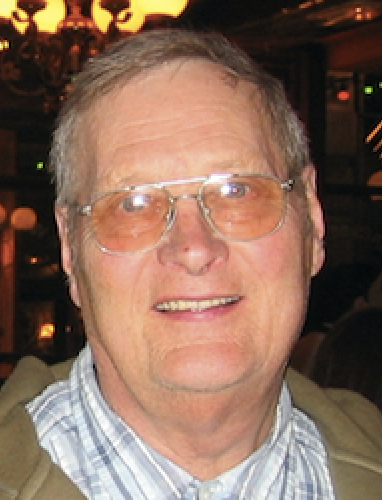 John was born October 28, 1926, in Sanborn, Iowa, to Henry and Clara Wansink. After graduating from Sioux City East High School, he studied business at Morningside College, where he also lettered in football and basketball. He had a number of unusual experiences in his life, including working as a cowboy in Montana and playing basketball against the Harlem Globetrotters. After running his own business in his 20s, he went on to work at Metz Baking Company for over 30 years.

John married Naomi Fullerton on March 21, 1948. With their two sons, Brian, of Ithaca, New York, and Craig, of Virginia Beach, Virginia, for years they enjoyed trips to Montana, summer family camps, and Friday night Jeopardy games, complete with popcorn and M&Ms. John had an active mind and loved crossword puzzles, reading, and movies. He was a lifelong athlete, playing golf into his late 80s. Along with Naomi, he enjoyed both square dancing and volunteering at nonprofit agencies for over 20 years after he retired. For over 50 years, he was an active member of Westminster Presbyterian Church in Sioux City. For the last two years of his life, he was a proud member of Second Presbyterian Church in Norfolk, Virginia.

Those left to honor his memory include his sons, Craig (Nancy) and Brian (Jennifer), and five grandchildren, Katrina, Teddy, Audrey, Valerie, and Lieve.

John will be remembered as a good, decent, fair, thoughtful, and hard-working man. He was deeply loved. He will be deeply missed. Memories of him will be deeply treasured.

Wishing you peace of spirit at this difficult time.

So sorry to hear of John’s passing. Your father was a wonderful person and so

well liked by everyone.

You will have many wonderful memories of your parents.

I last saw your dad visiting my mom when she tried to recuperate from a broken leg. It was at an elder care facility in Sioux City, and John was literally going room to room, I think he knew everybody. A great fellow and I’m sure you’re missing him.

Jim Ludwigs, Nicola and the boys

Dear Craig and family, thinking of you all at this time as you celebrate your Dad’s rewarding and adventuresome life. Your personalities seem to have a lot in common–all positive. Hope to see you at your Christmas service and hopefully in a class when your are ready.

I never had the opportunity to meet John, but I know he must have been a terrific Dad. I’m sure he was very proud of you.
Fondly,

Craig,
We send our condolences to you and your family on the death of your father. We recognize that John lived a rich and rewarding life, and we can see where Brian and you got such enthusiasm for your lives. You will be sustained by many precious memories.
Don and Myrna

I am sorry for the loss of your dad. I knew both of your parents and my mom Norma was good friends with them throughout the years. They were such nice people, and loved to laugh. Mom and I were blessed to visit with them both while your mom was still in Sergeant Bluff. Please share our sympathies with your family as well as Brian’s family.

Dear Craig, Our deepest sorrow on the passing of your beloved Dad. Mr. Wansink was truly a kind and loving man. Every visit with him was joyous and memorable. Our prayers are with you and your family.

Craig, I am so glad I had the opportunity to meet your dad. What a wonderful spirit! I know you will always carry him in your heart.

I am sorry for your loss.