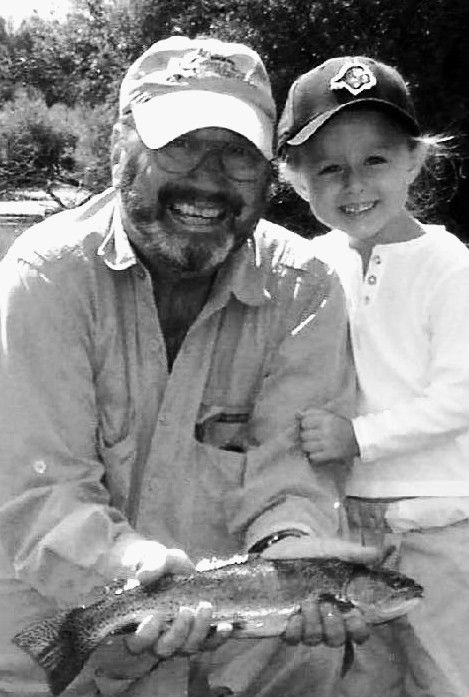 This world is less one of its finest men and the next is the better as Kenneth Wayne Farmer departed this life peacefully on January 16, 2021.

Kens story began on March 22, 1938 in Altavista, VA as the first born child of Wayne V. and Virginia (Newman) Farmer.  “Kenny Wayne”, as he was known growing up, delighted in telling his childhood escapades with his siblings, cousins and friends.  His dad instilled in him a love of the outdoors, hunting and fishing, which became lifelong passions.

He married Frankie Ware in 1962 and, with family responsibilities, the outdoor pursuits gave way to employment at the local bank.  He continued through many mergers with that system and finally arrived in Virginia Beach where he rose to become president of the eastern region of Wachovia Bank.  After 35 years in the banking industry, Ken retired to devote his full attention to the hunting and fishing he loved.

Those twin pursuits led Ken to Montana, which he truly believed to be the “last best place.” He built a cabin near his adopted town of Livingston and was most happy when under the big sky surrounded by mountains.  There he found peace, contentment and spiritual renewal as well as a welcoming church home in the Shields River Lutheran Church.

Ken was a loving and supportive father to his daughters, Lynn and Ginger, and passed on to them an appreciation of nature, a strong moral compass and a love for people.  Ken also loved time spent with his granddaughter and namesake, Kendall, and he was extremely proud of her accomplishments.

Ken was preceded in death by his parents as well as a brother who died in infancy.

He is survived by his wife of 54 years, Frankie Ware Farmer, his daughter Lynn F. Crawford (Brad) or Livingston, his daughter Eleanor “Ginger” Johnson of Virginia Beach and his granddaughter Kendall Jade Johnson also of Virginia Beach.  Ken is also survived by a brother, Otis J. “Pete” Farmer (Becky) of Smithfield, a sister, Sue F. Mattox of Altavista, numerous nieces, nephews, cousins, great nieces and nephews and a host of extended family and friends whom he loved.

Kens wish was to be cremated and, due to COVID restrictions, there will be no service at this time.  When travel permits, we will return his remains to the place his life began, Altavista, and the place that held his heart for the last 30 years, Montana.

In lieu of flowers or donations, we ask that you simply be kind, give love.  The world cries out for it.

Frankie,
It’s been a long time since Kenny Wayne and I visited. The last time I remembered talking to
him was when he was visiting his father at Lynchburg General Hospital just before his dad died.
He yelled at me in the parking lot and we visited for a short while. Our mutual friend Ralph English has kept me somewhat up to date on their life together. Elaine and I will be in prayer
as you celebrate and grieve.
JW Burton

To know Kenney Wayne was to immediately know he loved nature. hunting and fishing. Our sympathy to Frankie, Lynn and Ginger. Nancy & Patrick

Always enjoyed his company. Wished I could have hunted and fished with him.

Our banking pathways crossed in the late ’70s at Fidelity American – he was a good banker and a good man. Condolences to Frankie and family – God bless.

It is with sadness, that I learned of Ken Farmer’s death. He was a true Southern Gentleman, always willing to help our family. He was a good friend to me, he will be missed.

It’s been many years since I saw Mr. Farmer, but I remember him fondly and being a wonderful friend to my parents, Ted and Andrea Dietrich.
My heart and prayers go out to the many lives he touched in his kind way.

Mr. Farmer was a great boss when we worked together at the bank. I am so sorry to hear of his passing. He was a wonderful man and will be missed greatly.

I know all of the Eastern Region Central Fidelity family will always remember Ken with honor, respect and great warmth. I interviewed with him in 1985, and new immediately that I wanted to be a part of the organization. He was a very special man and leader! My deepest sympathies in your loss.

Kenny, nickname “The Crow” was a charter member of NRDC. He was bigger than life, always smiling and loving his fellow man. We have missed him these last few years but he will be remembered by all of us. Fairwell, now the ducks can rest.

I’m so sorry to hear about Kenny Wayne’s death. He was my Boy Scout Leader, Troop 184, in Altavista. My parents loved him too. I remember his career in banking starting at Campbell County Bank. So proud of him when he became President of our local bank here in Va. Beach. Our prayers are with the entire family.