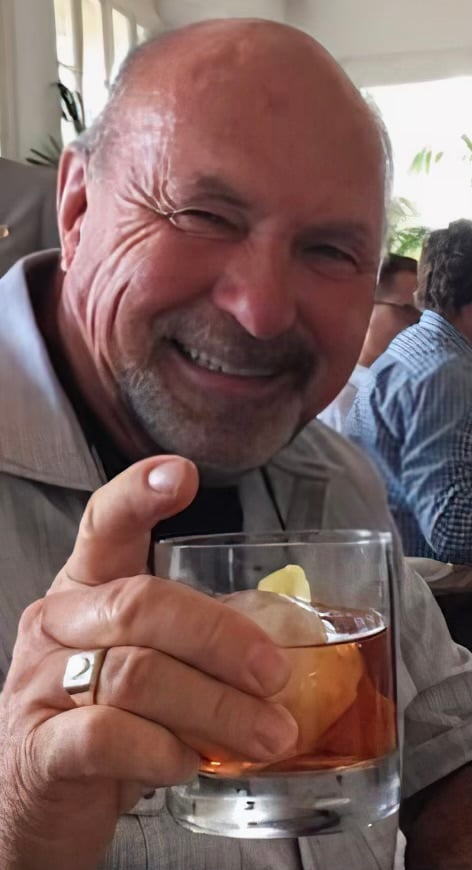 Virginia Beach- Ronald E. Reaves, 76, passed away Thursday, November 10th after a valiant battle with esophageal cancer which he fought with determination, dedication, and perseverance.

Ron was Born in Tennessee on May 8, 1946 to the late Ralph and Willie Reaves and was predeceased by his older brother, Richard Reaves.

Ron relished his role as a Plant Manager and earned the respect and admiration of his colleagues. Whether you were a line worker, skilled trades, or upper/ lower management, everyone was given the same respect. He knew that listening to others concerns and ideas was beneficial in making the plant run better. He loved teamwork and vowed to make a difference.

His family was one of his biggest accomplishments. After 14 hour workdays, he would leave work and head to his sons’ ice hockey games; cheering Brian and Scott on to victory still in his suit and tie. He pushed them both to be the best they could be. Once he became a grandfather to three girls, he was ruined. He loved spoiling them each in his own way and always made time for them at any cost. He was the best “Poppie” to Allison, Savannah, and Megan as well as all of their friends whom he loved as his own.

After retirement, Diana and he purchased the first of three motorhomes which led them all over the United States visiting friends and family, beautiful beaches, colorful countryside mountains, and amazing sunrises and sunsets. He shared his love of travel with his grandchildren and would explore campgrounds to find the perfect match for their family trips. They will always cherish these memories forever.

Every Labor Day weekend for over 50 years, he would meet up with his old childhood friends in Indianapolis for the US National drag races. His love of drag racing and hot rods was a passion passed down to both of his sons. When he wasn’t traveling, Ron could be found tinkering on his 1963 Ford Fairlane or at a car show with his many Hot Rod friends. Once you crossed paths with him, you were considered a friend for life.

Early on Ron and his son Brian restored a midnight blue Chevy Chevelle. Ron’s childhood dream was to build a hot rod from the frame up. His dream came to light when he and his buddy, John “Poochie” Owney, drove to Williamsburg 10 years ago to pick up what is known as the rust bucket. It was a shell of a 1930 model “A” that was in such bad shape only he and his son Scott could see it’s true potential. His daughter-in-law would often joke that they would both be dead by the time it was finished.

Sadly, the day the interior was installed and finally complete, he was admitted into the hospital with complications from cancer. Although he never got to take it for a drive once completed, he did enjoy many practice runs around town tweaking and modifying every aspect to perfection. Four days prior to his death, he was able to make it over to his sons barn to look it over one last time. He was extremely proud of what they accomplished. A true piece of art mastered by he and his son.

Ron enjoyed his last car show back in April in Raleigh, N.C. where he was able to show off all of his hard work yet still a work in progress. Watching all of the patrons’ positive reactions made him extremely proud.

It was always 5 o’clock somewhere for Ron who was a connoisseur of sorts; whether it be fine wines, beer, whiskey, vodka or bourbon and usually paired with a damn good cigar.

Ron leaves behind his loving wife of 56 years, Diana. His son’s, Brian Reaves and Scott Reaves (Rebecca Owney Reaves), three granddaughters, Allison, Savannah, and Megan, his fur baby Belle who never left his side, as well as many cousins, nieces, nephews, and extended family.

There will be a graveside service at Albert G. Horton, Jr. Memorial Cemetery located at 5310 Milners Road, Suffolk, Va. 23434 on December 2nd, 2022 promptly at 11 am. Afterwards there will be a Celebration of his Life located at 1316 Teresa Drive, Chesapeake, Va. 23322 from 2:00 pm to 6:00 pm. We would love to see you there and share lots of great memories. One of Ron’s many requests was absolutely no suits or ties. Life is too short to be uncomfortable so casual it is!

In lieu of flowers, his second request was to donate to the Wounded Warrior’s or make a donation to your favorite military charity. He was a proud Veteran and his patriotism to our country always came first.

Everyone who remembers him is asked to celebrate Ron’s life in their own way. Raising a glass of their favorite beverage in his memory would be quite appropriate.

To the Reaves family….. My most heartfelt condolences to you all for your loss,

Ron was the best Area and Plant Manager I ever worked for. His teammates at each of the plants he worked at will never forget him.

I offer my sincere condolence’s to the entire Reaves family, you are in my thoughts and prayers!!

With heartfelt memories & sympathy to each member of the Reaves and Owney family
The memories of Harry and my cherished friendship with Ron and Diana & their families will be recalled forever and will undoubtedly include a glass of ‘The Recipe’
Mrs. Harry G MacDonald
(Marcy)

Ronnie and I went from being kids to being adults together. He and Silas McKinney, his fullback were the 2 most popular guys in our class. I have said it before that each sport has a position that is considered the “CAPTAIN ON THE FIELD”:
CATCHER, QUARTERBACK AND POINT GUARD; RON PLAYED ALL 3 POSITIONS. A life well lived.