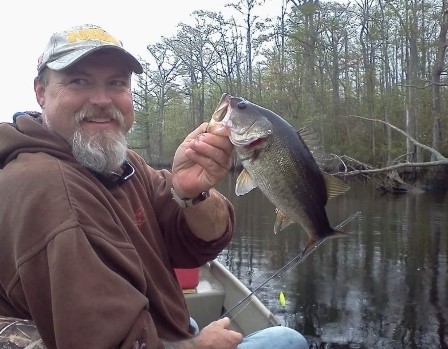 Moyock, NC – Roy Gerald Evans Jr, age 54, of Moyock, NC died Saturday, December 25, 2021 at Sentera Norfolk General Hospital. He was born March 14, 1967, to the late Roy Gerald Evans Sr and Sandra Eileen Saunders and was the husband to Kristal Goree Evans. Roy was known by his friends and family as Gerald and sometimes known to his children as “G-Bull.” Gerald could most often be found building his model cars, fishing, or adding to his astounding coin collection. He was one of the four founding members of his biker club “The Twelve.” He was a devoted friend to his best bud Paul Garrett, along with many others whom he spoke so highly of. He was known for his artistic skills, and some even considered him a perfectionist when it came to this sort of thing. He was a genuine man and will be greatly missed by many.

A celebration of life will be held on Saturday, March 12, 2022, location to be determined, officiated by beloved family friend Roy (Twiddyman) Twiddy. Memorial Donations may be made to Cremation & Funeral Services of Tidewater located at 3345 Croft Street, Norfolk, VA 23513

Will be back in touch Kristal. Still stunned. Gerald was a sweetheart and his Pop’s helper ALWAYS!! My son’s MOST closely loved friend. You know that situation. Call if you need anything Jeana , or I, can help with. Sorry we are so far away. Give Twiddyman my number.

We are so happy to have met Gerald when we did. He made us feel like family. You will be missed. Condolences to the Evans family.

Grew up with Gerald! What a kind person he was. So very sorry for this enormous loss to the family and his friends.

My condolences for your loss! Sending prayers to the whole family for peace & comfort. Gerald was like an older brother to me growing up! I have fond memories & we shared a lot of laughter! He will be missed!
Much love to you all!
April Kenimer