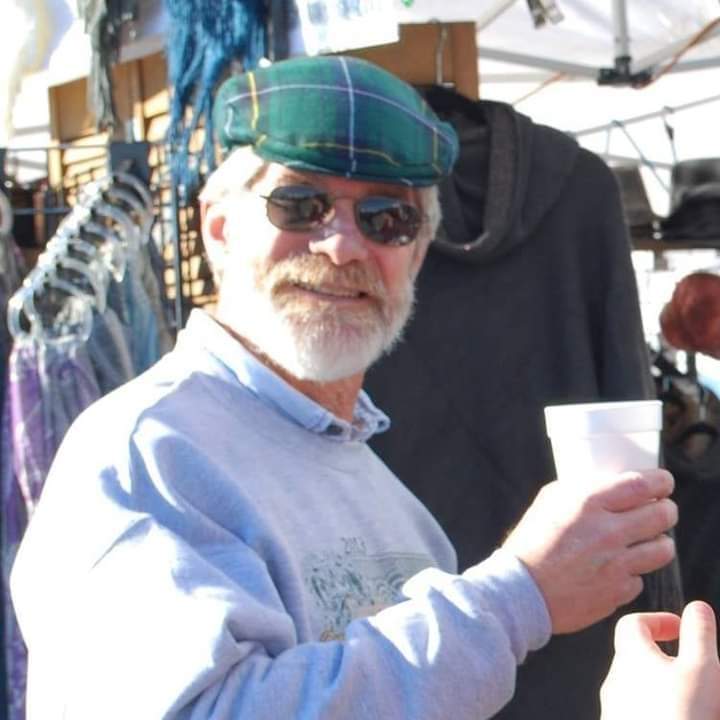 Scotty was born March 24th, 1952 to Reese and Virginia (Geist) Henderson and grew up in Punta Gorda, Florida.  He graduated from Charlotte High School in Punta Gorda, Fl. Then joined the Navy.  After leaving the Navy he went to work at the Milwaukee Road.  When he retired from the railroad, he moved his family to Virginia and did various carpentry jobs.  He spent last 20 years of his career at Dave’s Cabinets in Chesapeake.

Scotty was a bright, compassionate, and exceptionally hardworking man. He was quick to laugh and always had a mischievous twinkle in his eye. He was deeply dedicated to his family, and to the love of his life, Cheryl.  In his younger years you could find him on his motorcycle in the dirt.  A little later in life could be found in the garage running his trains or in his toolshed, working on his next woodworking masterpiece. He had a passion for music and played the drums and guitar.  He loved to play frisbee golf and cribbage.  Every moment growing up in his household was full of wonder and adventure. He will be missed, not just by his children and grandchildren, but by their friends, his friends, his coworkers, his neighbors, and anyone who has been lucky enough to share even just a moment of his time.

Scotty was proceeded in death by his father Reese, his mother Virginia, his loving wife of 38 years Cheryl and his Son-in-law Samuel Bellflower.  He is survived by his Son Brian Henderson, Daughter-in law Crystal Henderson and Daughter Deb Bellflower.  His Grandchildren Ronald Gaspardo (Theresa), Lauran Henderson, Shane Schojan, Dana Schojan-Hinkens (Shelby) and Adam Henderson.  His Great Grandchildren Stella and Maizy Schojan.  His brothers Cliff Henderson (June) and John Henderson (Evelyn).  His loving companion Bonnie Branchaeu and their dog Gracie.  His work family at Dave’s Cabinets, his “work wife” Cindy and all other family and friends.

Due to COVID no services have been planned.  In lieu of flowers the family please asks donations made to the Virginia Beach SPCA.

I was so sad to hear about Scotty’s passing. Even though I had only seen him at a few family gatherings, he impressed me with his kindness and concern for others and he always had a smile that would light up the room. My sincere condolences to his family.