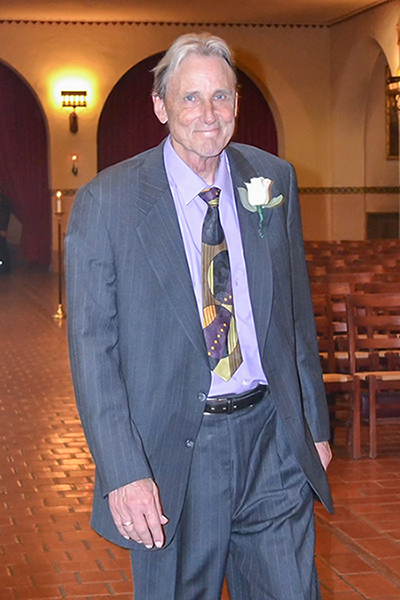 Steve was born in the small town of Onawa, Iowa on May 16, 1946.  He was the eldest son of the late Wayne and Kathleen (Fouts) Beigel.  He was the second child of a family that eventually numbered nine children.  When he was in the 6th grade, the family moved to Phoenix, Arizona, where Steve finished elementary school before entering St. Vincent’s Minor Seminary in Montebello, California in 1960.  After three years at St. Vincent’s, Steve returned to Phoenix where he graduated from Brophy College Prep in 1964.  He attended Loyola University of Los Angeles on a scholarship, graduating in 1968 with a B.A. in English.

After moving to the San Francisco area, Steve wrote two novels, was the editor of two magazines, managed a night club, and eventually settled into the emerging computer software world of the early 80s.  In 1986 he formed his own company, “Blueberry Software,” which created and marketed document translation software.

On November 3, 1990, Steve married Mary Tarantino in Concord, CA.  He became the stepfather of Mary’s six children from her first marriage.

In 2016, Steve and Mary moved from Concord, California to Norfolk, Virginia where he supported Mary’s graphic and web design business and regaled 49er fans with his witty and insightful blog 49ersOutsider.com.  He enjoyed his years in Norfolk, especially the frequent visits from the grandchildren who lived nearby.

In addition to his parents, Steve was preceded in death by his sisters, Constance Ann Huston (2020), Mary Jo Boucher (2001) and his brother John David Beigel (1956).

Remembering my Uncle Steve with love. He was patient and understanding as my employer mailing out software orders for several of my mid to late teen years. I was not…stellar and yet he was never stern about it. He always seemed to remember what it was like to be a kid and a teen and would grin at me in the way he had and I knew we were cool. He also paid me well for not a lot of work and I knew I was benefiting from nepotism and I appreciated it. He also never called me out for… Read more »

My codolences to your family. I’m happy God gave you a Wonderful Brother! Love Mary Ann

Steve was my best friend at St. Vincent’s, became rivals in College (St. Mary’s vs Loyola) then I lost touch with him. What a great guy, he will be missed. Condolences to the Beigel family.

In high school they called me LB (Little Beigel). Steve was taller, faster, all-around better athlete. I don’t recall ever winning a round of golf with him. Life won’t be the same without him. “I was always three steps behind, but you were never outside my mind.” And so you will remain in my mind and heart. Until we meet again.