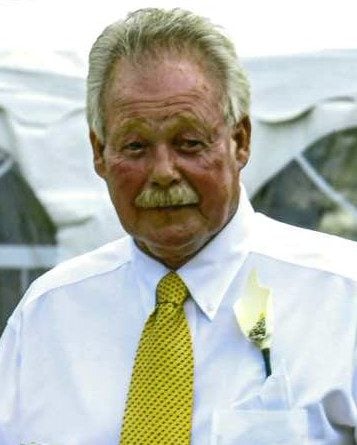 He only lived 71 years, but he touched many lives.  His death was such a shock that it has shattered our lives as we knew it.  Our hearts are broken.

Many people have reached out and told stories of how Larry touched their lives.  I cherish each and every memory.

He was a mechanic by trade until he retired, but he helped many fix cars over the phone from Washington state to Virginia.  He was a husband, father, grandfather, brother, cousin, uncle and friend.

He was so proud of his children and loved them dearly.  He was man enough to shed a tear.  If our tears could bring him back, he would be with us tonight.

A service has yet to be scheduled.  Covid has robbed us of any normalcy due to restrictions to have the kind of service our loved one deserves.  Condolences may be expressed at candfservices.com.

Teresa, I just saw this and did not know Larry had passed away. I will be keeping you guys in my thoughts. Such great memories of great neighbors.

We are so sorry to hear of Larry’s passing. Our heartfelt condolences to you and your families during this difficult time.

So sorry to hear of Larry’s passing. I am so glad that I had the honor of knowing him, seeing & talking to him before he left this world. Larry will always be in my heart & he will be missed but never forgotten. Teresa I love you & so sorry for your loss. Prayers for you & your family.

Thoughts and prayers to Larry’s family. He was a great person, who loved his family and help anyone that needed it. Time for you to rest.

We are so sorry Teresa and family for Larry’s passing. We know how deeply he was cared for and loved by so many and will be so missed. We hope the memories you have will bring you peace and hearts filled with love you have for him every day.

Teresa. We are so sorry to hear about Larry. Please know we have you in our hearts and prayers

We were so sorry to hear of Larry’s passing. Our hearts go out to you and the whole family. With Covid preventing you from having a service, it makes it even harder to grieve without closure. We wish you peace and love in the memories that you hold.

We will miss you greatly, your generosity, and care for others is well known. May the Lord bless you your family. Rest in peace my friend.

You are so missed Uncle. We love you TT, Freedom, Lynsey & Tammy.